Elsa Leydier (1988, France) lives and works in Rio de Janeiro. There, in Brazil, where she moved to in 2015, the young artist explores the limits of this society through photography, focusing on diverting the political charge of iconic images.

In her project Heatwave, Leydier looks at climate change through an instance of the wine-making industry. For champagne, a drink with a centuries-long heritable recipe, global warming is a threat. Fluctuations in temperature extremes are harmful to the quality of the grapes, and harvesting in hot weather is particularly detrimental, and the drink loses its subtle palette of aromas when it’s exposed to UV light. Heatwave offers Leydier’s artistic vision of the relation between nature and the people who work tightly connected with it — as well as an interpretation of the climate crisis on civilization. She created her rayograms, cameraless images, by placing vines on photosensitized paper and exposing it to light. On top, as a filter, she placed tainted materials used to protect champagne from the light’s adverse effects. A poetic project to highlight the urge to battle climate change.

For Plátanos con Platino and Braços Verdes e Olhos Cheios de Asas, Leydier modifies the colors of her photographs made in the Amazon region to produce a visually explosive and luminous image. In Braços Verdes e Olhos Cheios de Asas, she resorts to depicting the tropical nature and haunting territorial particularities of Latin America, and at first glance, they seem like a familiar depiction of the region in their exoticism and radiance. Although, in fact, what Elsa focuses upon is the failures of vernacular representations of the territory. The series is a reminder of a degree to which the Amazon is glamorized by popular culture. Borrowing its language of luxury aesthetics, Leydier aims not at immersing the viewer in the lush greenery of the Amazon, but – quite the contrary – points at a misguiding romanticized nature of its representation.

Plátanos con Platino is also about twisting the representations. The series investigates Chocó, the region known and spoken of only as of the poorest and most violent in Colombia. However, it also happens to be one of the richest regions in the world in terms of its biodiversity, but the news doesn’t talk about that. Elsa Leydier is revealing Chocó’s luxuriance, a side less visible and often neglected. By doing so, she aims for breaking the consensual image of the Amazon region and, by the means of photography, gives it back the values it has lost. She joins the wonder of the poet Garcia Marquez who wrote in 1954 when he discovered this region: “If someone had the idea to sow a banana tree, the fruits would have grown loaded with platinum nuggets.”

Brazil: System Error is a political statement against stereotyping. Using found imagery, she created glitches in it by inserting into their text code the invectives pronounced by Jair Bolsonaro during his presidential campaign in 2018. Read more about the series here

Elsa Leydier discovered herself in photography after years of studying languages. She has graduated from École Nationale Supérieure de la Photographie in Arles in 2015 and moved to Brazil right after. Leydier is one of the finalists for the Encontros da Imagen Discovery Award 2020 and was one of the finalists of FOAM Talent in 2019. She exhibited Transatlántica in 2019 at Paris Photo, at the Biennale d’Art Contemporain de Lyon and at Galerie Intervalle who represents her work in Paris. She won the Maison Ruinart Paris Photo Prize 2019 and is the winner of the 2019 Dior Photography Award for Young Talents.

Unseen at the Gallery 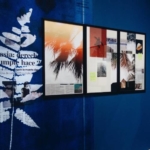 31 March - 16 May, 2021. Works on view at the Grand Halle as well as site-specific-installations in the park around the venue Read more

A series of disobediences: a studio visit with Elsa Leydier

Text by Kate Neave from the series ‘Unearthed: Eco-visionaries’ uncovering contemporary artists at the forefront of environmental thought Go to online article 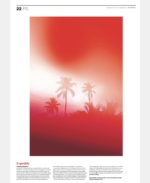